"So we don't split the vote, I am withdrawing my now 19,000+ ballot signatures and standing down from the race for Governor of Michigan, effectively immediately. I will continue to fight on many open fronts for the ordinary people of Michigan to win this election. The change we need in Michigan is bigger than any personal ambition. Make no mistake, the people of Michigan are determined to do what it takes to take back control of our home..." Austin Chenge, Veteran and First Republican Candidate for Governor of Michigan 2022.

FOR speaker request, interview or meeting.

Ever-smiling and always the big dreamer, Austin Chenge, 36, from Grand Rapids, is the embodiment of the American Dream. Austin has always stunned critics by achieving what others consider impossible. A graduate of the School of Law at the University of Birmingham England, Austin raised over $200,000 in funding for his first startup in England and soon expanded to San Jose in California.

He created Waving in a social networking environment in 2011, a concept later seen on Facebook's Wave. In 2016 his off road vehicle design (termed Wazobia tricycle) aimed at improving the lives of peasant farmers, made history in the West African nation of Nigeria as the first designed, engineered and manufactured by a person of Nigerian descent. He has been decorated with a U.S Army Achievement Medal as Distinguished Honor Graduate with a CGPA of 99.8% and for exceptional performance while on Active duty.

As of March, 2020 Austin became the first Republican Candidate for Governor of Michigan, for the 2022 election. He is the first candidate for Governor to travel to all 83 counties in Michigan in more than 30-40 years, visiting small businesses, farmers, families and Sheriffs, and uploading pictures on his Facebook page. Austin travelled more than 11,000miles and spent over 7weeks on the road. He began in Keweenaw, making his way across all the Upper Peninsula counties first, then Northern Michigan, and eventually made his way across the whole State of Michigan.

Austin raised more than 19,000 signatures, 4,000+ more than the 15,000 required to be on the ballot, but withdrew from the race in order not to split the Grassroot vote on the ballot.

He recently sued the CDC, Biden and others in federal court to lift the Mask mandates on Airlines, at Airports and the Covid-19 testing requirement for international travel to the US. Following an Order by a Federal Judge in Florida voiding the mask mandate on planes, Austin reached an agreement with the US Government to dismiss his claims seeking to void the mask mandates in planes, airports and public transportation, and pursue the Claims against the Covid Testing for International Travel.

HIS KEY POLICIES WERE

ON DAY ONE: I WILL CANCEL MICHIGAN'S CONTRACT WITH DOMINION + enforce no photo id? no vote.

CUT taxes and GOVERNMENT SPENDING to KEEP MONEY IN THE POCKETS OF MICHIGAN FAMILIES AND HARDWORKING AMERICANS.

fight against the killing of our unborn citizens.

REPEAL THE PENSION TAX AND MORE 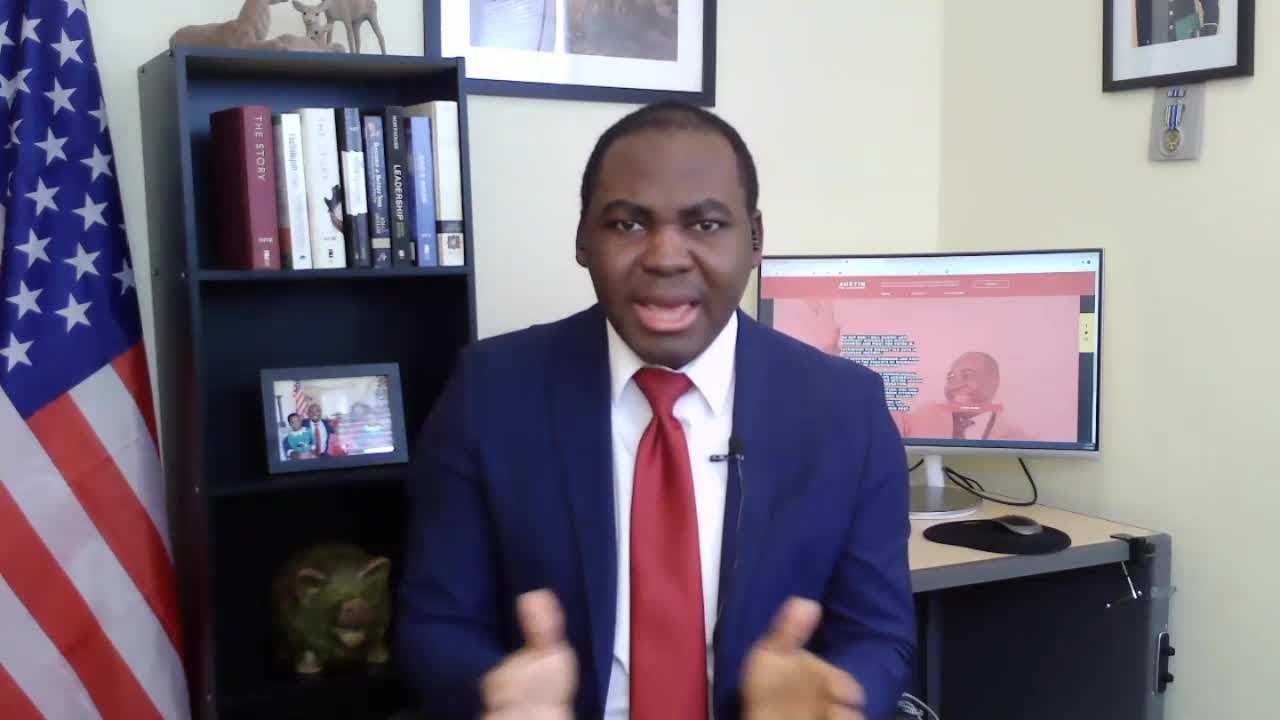